Home /Why Are House Democrats So Reluctant to Tax Wealth?I have to get… 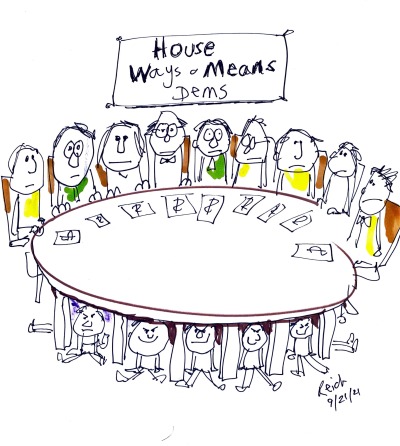 Why Are House Democrats So Reluctant to Tax Wealth?

I have to get this off my chest. Last week, the House Ways and Means Committee released its proposed tax increases to fund President Biden’s $3.5 trillion social policy plan.

Here’s the big thing that hit me: Democrats didn’t go after the huge accumulations of wealth at the top – representing the largest share of the economy in more than a century.

You might have thought they’d be eager to tax America’s 660 billionaires whose fortunes have increased $1.8 trillion since the start of the pandemic – an amount that could fund half of Biden’s plan and still leave the billionaires as rich as they were before the pandemic began.

I mean, Elon Musk’s $138 billion in pandemic gains could cover the cost of tuition for 5.5 million community college students and feed 29 million low-income public-school kids, while still leaving Musk $4 billion richer than he was before Covid.

But House Democrats on Ways and Means decided to raise revenue the traditional way, taxing annual income rather than immense wealth. They aim to raise the highest income tax rate and apply a 3 percent surtax to incomes over $5 million.

So what’s the dirty little secret? Come visit the full post to find out: https://robertreich.substack.com/p/why-are-house-democrats-so-reluctant