Home /What should we do about the debt ceiling, and why should you… 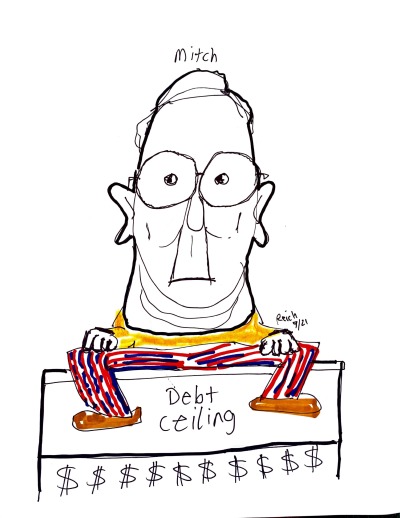 What should we do about the debt ceiling, and why should you care?

OMG! The DEBT CEILING FIGHT is back.

Many of you may be asking yourself: what the hell is the debt ceiling? In brief, it’s the limit on how much the government is allowed to borrow to pay for what it already owes on bills Congress has already agreed on and enacted — not for legislation that’s currently being debated. If it’s not raised, the government can’t pay its bills (just as if you or I didn’t pay our credit card bill). That would result in a default, which would mean chaos. Your variable-rate mortgage, for example, would go through the roof. The full faith and credit of the United States would be undermined.

The current debt ceiling has to be raised to pay for debt racked up by Republicans as well as Democrats, including trillions under the former guy. Senate Democrats raised the ceiling for Trump, so why won’t Mitch McConnell and his Senate Republicans do it now for Biden?