Get Back. The Dow was trading higher early Thursday, but the focus remains on emerging markets—they remain under pressure—and trade, as the U.S. could be readying more tariffs on China. The Nasdaq was edging up after tech stocks took it on the chin on Wednesday. Jobless claims hit their lowest level in almost 49 years. In today’s Morning Movers, we… 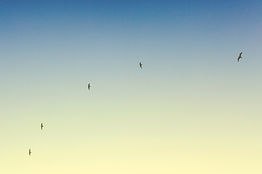 •…note that the S&P 500 is still in a pronounced uptrend;
•…highlight a downgrade of ConocoPhillips (COP);
•…and review Navistar International’s (NAV) earnings.

Emerging markets are almost in a bear market, yet we can’t get worried about the U.S. just yet.

It’s not that jobless claims remain near their lowest level in almost 49 year, and i S&P 500 futures have ticked up 0.1%, while Dow Jones Industrial Average futures have risen 32 points, or 0.1%. Nasdaq Composite futures have advanced 0.1%.

But the S&P 500 is still in a clearly defined uptrend, one that makes us feel comfortable with where the market is headed, at least on a short-term basis. So while the benchmark is trading off its all-time highs last week, the recent weakness likely has more to do with how far the index has come than real worries about an imminent decline. “The SPX index had become somewhat overstretched following its break into blue sky territory, and this was even more striking given the poor performance of global markets in the summer months,” writes Marketfield’s Michael Shaoul. “As such it is little surprise to see the SPX move back to test support at the breakout level (the index bounced at 2876.9 on Wednesday morning) or for the technology sector to lead the decline lower…Neither index is yet in danger of signaling a trend change, and each could survive a full test of their rising 50 day ma at 2820 and 7358 respectively without doing significant damage to their prospects, which is something to bear in mind if the sell-off accelerates.”

But for now, the general consensus seems to be that there will be more gains to come—despite September starting off just the way it’s reputation suggests it should. Tigress Financial’s Ivan Feinseth, however, notes that even a down September wouldn’t change his bullish stance. “While September has been traditionally the worst month for the S&P 500 as measured by percentage decline for the past 89 years, history has shown that September usually sells off after we have had a prior number of months of gains which is currently the case,” he explains. “The good news is that a down September is usually followed by strong gains for October, November and December which I continue to believe will be the case.” 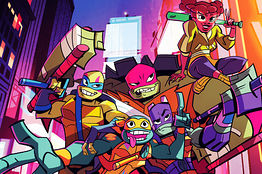 CBS (CBS) is up 0.6% to $53.25 after a report from The Wall Street Journal that it is in talks with National Amusements to settle litigation less than a month before the two are scheduled to head to court.

ConocoPhillips (COP) is down 0.9% to $72.32 after Bank of America Merrill Lynch downgraded it to Neutral.