Home /Morning Movers: Dow Drops 100 Points Because the U.S. Can Remain Immune Only So Long


Contagion Concerns. The Dow looks set to go 0-for-September as it followed Tuesday’s tiny losses with larger ones as Wednesday trading began. Fears of an emerging-market meltdown are front and center, but we can add trade concerns and Congressional testimony by Facebook’s Sheryl Sandberg and Twitter’s Jack Dorsey to the mix as the slog through September continues. In today’s Morning Movers, we… 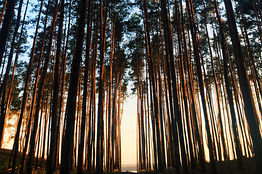 •…explain why the U.S. is holding up better than the rest of the world;
•…review RH‘s (RH) earnings;
•…and highlight Workday’s (WDAY) earnings-related drop.

A meltdown in markets globally has caused U.S stocks to sink Wednesday morning. The drops, however, are relatively muted compared to the rest of the world.

Yet despite this morning’s weakness, the U.S. is holding up better than most. The Shanghai Composite index dropped 1.7% overnight, while Hong Kong’s Hang Seng tumbled 2.6%. The iShares MSCI Emerging Markets ETF (EEM) is off 1.3% at $41.77 in pre-open trading. “In finance parlance, the term ROW stands for Rest of World, and while weakness in emerging markets has been getting most of the attention, the whole world has been weak,” writes Bespoke Investment Group’s Paul Hickey. “Once again this morning, we are seeing weakness in equity markets around the world, and even though US equity futures are also lower, they are holding up better for now.”

That strength is reflected in the U.S. trade deficit, which came in at $50.1 billion in July, a 9.6% rise from June’s $45.7 billion. The good news, say BMO Capital Markets’ Jon Hill is that this is exactly what you should expect to see when the dollar is strong, and the economy is growing. The bad news? “The reaction from the White House may prove to be the more intriguing development, as it is said to be mulling additional tariffs on Chinese imports and restarting negotiations with Canada around Nafta 2.0,” Hill explains.

For now, though, the U.S. is weathering trade friction, as well as the global selloff in U.S. stocks. “The question becomes how long before it hits the soaring US economy,” writes NatAlliance Securities’ Andrew Brenner. “It has hit Europe, where most of the equity indicies are down 8-10% YTD….but the US is immune, but for how long?”

A question so important, he asked it twice.

Halliburton (HAL) has declined 2.4% to $38.55 after telling a Barclays conference that activity has slowed more than expected. 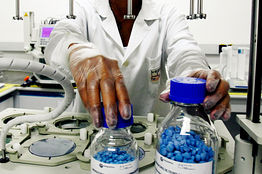 RH (RH) has dropped 4.2% to $145 after the parent company of Restoration Hardware as a sales miss trumped better-than-expected earnings.

Myriad Genetics (MYGN) has slumped 4.7% to $47.95 after getting cut to Underweight from Equal Weight at Barclays.

Robert Half International (RHI) has fallen 4.3% to $75.40 after getting downgraded to Sell from Neutral at Goldman Sachs.

Tesaro (TSRO) has jumped 8.7% to $36.00 after starting the second stage of a study on its lung cancer drug.

Workday (WDAY) has declined 3% to $151.98 after missing earnings forecasts.