Sure, we had good news this morning, with jobless claims hovering near a half-century low, but every silver lining has a cloud. As Plante Moran Financial Advisors’ Jim Baird warns, a tight labor environment may be good for workers for now, but could spell trouble down the road.

“Job creation has been a bright spot for the economy for many years, but it will become increasingly difficult to maintain that robust pace as the pool of skilled labor dries up and hiring becomes more difficult,” he writes. “At some point, job creation is likely to slow, which will require employers to find other ways to boost productivity,” which itself is near three-year highs.

Yet there are bigger issues today. First among them is tech, which is getting hit by worries about regulation and trade. Semiconductors, not surprisingly, are taking much of the worst punishment, given their reliance on China and global commerce.

Credit Suisse’s John Talbott writes that investors are taking a harder look at the group, as the forecasted cash-flow return on investment for the group currently matches the late 2000 peak of 16%. “Despite the short-term optimism, the market is skeptical,” he notes, with investors pricing in about 8% CFROI. “The spread between short-term forecasts and longer term market implied CFROI is currently at a 20-year high (i.e. sharpest fade in 20 years).”

Semiconductor Advisors writes that today’s move is a “wake up call” following a quiet summer for chip stocks—but not a surprise. “We have been very clear, for a long time, that memory was too strong for too long, and had to cool off. Whether it cools slowly or takes polar bear plunge matters little.” In fact, it may be better to rip the Band-Aid off quickly rather than suffer multiple drops.

Still, with potentially nerve-calming earnings reports still more than a month away, the firm finds it “hard to catch a falling spear and buy into this continuing flow of negative news, especially given the skittishness of the overall market.”

Yet, as we noted this morning, pockets of weakness don’t necessarily spell trouble for the U.S. as a whole, or even the rest of tech itself. Morgan Stanley’s Michael Wilson writes that even as markets could get hit by a bit of a cyclical consolidation, we’re still in the middle of a secular bull market, buoyed by an increase in productivity that he sees continuing over the next few years.

“As capital deepening and technological diffusion flow through to increased productivity, we expect that an improving fundamental picture should be supportive of equity valuations, creating a virtuous cycle of risk taking, investment, productivity, and growth,” he writes.

Emerging markets are having a tougher time. Developing economies are the other big story Thursday, as they continue to be roughed up by trade worries as well as the strength in the U.S. itself. The strong dollar has dinged emerging market currencies, the Federal Reserve is exacerbating the situation by raising interest rates, and some countries, like Russia, are facing U.S. sanctions.

Then there is the ongoing trade saga: Even nations not directly affected by the U.S.-China trade spat could still feel pain, especially if China comes out the loser, given its appetite for commodities. (A weaker Chinese economy means less demand for raw materials, a major source of income for some developing countries.)

“For China, a trade spat would be one thing if the economy were in great health, but with noise of a slowdown growing louder, the trade war could upend the country’s economic balance,” writes Orbis Insights. The firm cites rapidly rising debt—especially bad debt—decelerating growth, and less effective investments in infrastructure: “Macroeconomic concerns can also affect companies that are neither in China nor directly exposed to tariffs. With China consuming roughly half of the world’s production in steel, coal, copper, and nickel, a prolonged slowdown could severely impact mining businesses.”

So, ultimately, we’re back to watching tariffs. If the U.S. keeps a hardline stance on trade, China could be in for more pain and take some wobblier emerging markets with it. Domestic markets, on the other hand, have proven resilient. So that might make today’s losses a bit easier to handle. 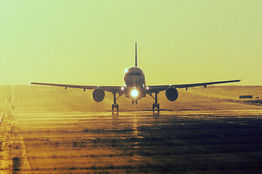 Boeing (BA) has added 1.6% to $352.31 after analysts released comments on its investor day, which was held on Wednesday.

CBS (CBS) has risen 3.9% to $54.99 on reports that the company in the process of negotiating CEO Les Moonves’ exit from the company as it looks to reach a settlement with controlling shareholder National Amusements.

Franklin Resources (BEN) is down 3.7% to $30.27 after getting cut to Underweight from Neutral by JPMorgan.

Total System Services (TSS) has gained 2.1% to $98.59 after getting upgraded to Outperform from Perform at Oppenheimer. —Ben Levisohn