Home /Intraday Update: Dow Gains 12 Points, but the Nasdaq Is Getting Crushed


Here and There. Congressional testimony by Facebook’s Sheryl Sandberg and Twitter’s Jack Dorsey has hit the FANGs on Wednesday—and caused the Nasdaq to drop about 1%. The Dow Jones Industrial Average was flat despite big losses in Asia that led to fears of an emerging market contagion. In today’s Intraday Update, we… 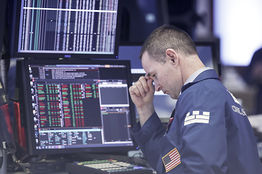 •…explain why the Dow is rising, but the Nasdaq is falling;
•…highlight Harley-Davidson’s (HOG) rise;
•…and marvel at Twitter’s (TWTR) big drop.

It’s getting ugly out there. Or maybe it’s not.

It shouldn’t come as a surprise given that today is the day that Big Tech faces questions from Congress, which certainly can’t help sentiment toward the group. And over the long term, that could have major consequences for the likes of Alphabet, Facebook, and Amazon.

“This matters in portfolio management, because these three…companies have garnered a very large part of the gains in the S&P 500 Index over the last five years. And they are being valued as if the U.S. government won’t wake up and realize that the unethical side of what they are doing is important to the ongoing success of our democratic capitalist economy,” writes Smead Capital Management’s William Smead. “If and when the government asserts itself into this discussion, there could be a rearranging of popularity in the U.S. stock market.” 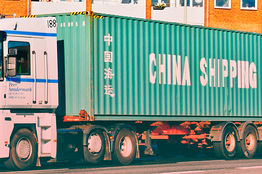 Strangely, the rest of the U.S. market is holding up just fine, despite tremors in Asia and Europe. China’s Shanghai Composite dropped 1.7% to 2704.34 today, while the STOXX Europe 600 fell 1.1% to 375.68. Emerging markets, in particular, were hard hit: The iShares MSCI Emerging Markets ETF (EEM) has dropped 1.3% to $41.77, as South Africa and Indonesia took a tumble.

In fact, the correlation between emerging markets has been rising everywhere except Latin America, according to Capital Economics’ Oliver Jones, who blames Federal Reserve tightening, trade tensions, a slowdown in China, and the crisis in Turkey for the continued pain in emerging markets. And it may be here to stay.

“We doubt that the main factors which have caused equities across much of the emerging world to weaken together recently will go away just yet,” Jones writes. “We think that the Fed will press ahead with its tightening cycle, and worries about contagion from the crisis in Turkey may linger. At the same time, we expect China’s economy to slow further, and are not anticipating a ceasefire in the US-China trade war any time soon.”

The question remains: How much longer can the U.S. remain immune to those same problems?

ADT (ADT) has tumbled 7.7% after it announced the retirement of its CEO. 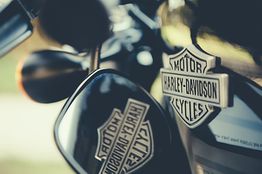 Anthem (ANTM) has advanced 1% to $266.33 after getting raised to Overweight from Equal Weight at Morgan Stanley.

Harley-Davidson (HOG) has risen 2.4% to $43.91 after announcing plans to open a facility in Silicon Valley to build electric motorcycles.