Eli Lilly (LLY) sold half-a-million dollars in shares of Zymeworks (ZYME) over the month of August. 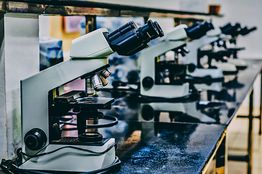 Lilly was an early investor, and immediately after Zymeworks went public the pharma giant was its largest shareholder with a stake of 3.96 million shares, nearly 16% of shares outstanding. A June 2018 public offering of 6.2 million shares — priced at $15.75 each — has increased the share count.

Lilly’s transactions come at a time when the shares are on fire. They are off highs from June, but still sport year-to-date gains of 78% through midday trading Wednesday, a turnaround from 2017 when they ended the year with a 42% collapse from the IPO price.

On Tuesday, Zymeworks announced it will receive a $2 million milestone payment from Lilly under an earlier pact for a submission by the latter of an Investigational New Drug (IND) application “for a bispecific antibody enabled by Zymeworks’ proprietary Azymetric platform.”

Analysts are upbeat on Zymeworks, and the milestone payment has reinforced their optimism.

Arlinda Lee of Canaccord Genuity reiterated a Buy rating and $21 price target on Zymeworks on Wednesday. “[W]e expected Zymeworks’ collaborations to start bearing fruit with IND milestones starting in 2018,” she wrote in a report.

Raymond James’ David Novak maintained an Outperform rating and $27 price target on Wednesday. “Based on disclosure from Lilly’s second-quarter earnings presentation, we believe the current bispecific is likely to be a tumor-agnostic immuno-oncology asset, similar to Merck’s (MRK) Keytruda (2017 sales of $3.8 billion),” Novak wrote in a report.