The newest S&P/Case Shiller home prices indices were released last week, and below is an updated look at the data. On a month-over-month basis, 16 of 20 cities saw home prices gain, with Charlotte, Cleveland, Minneapolis, and Boston seeing declines ranging from -0.13% to -0.38%. On a year-over-year basis, all 20 cities saw gains ranging from as low as +1.1% for San Diego to as high as +9.71% for Las Vegas. 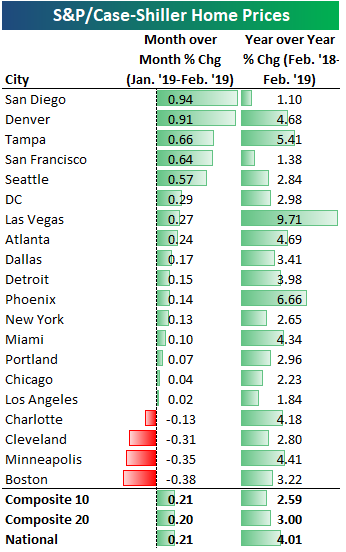 Below we show where home prices are now compared to where they were at their peaks during the mid-2000s housing bubble. The composite 10- and 20-city indices are basically at the flat line, meaning they’ve gained back all of their post-bubble losses but haven’t moved too far above them at this point. Denver prices are up the most at 55% above their prior highs, followed by Dallas at +49%, Seattle at +27%, and Portland at +24%.

Ten cities are still below their highs from the prior bubble, with Las Vegas the furthest below at -19%. 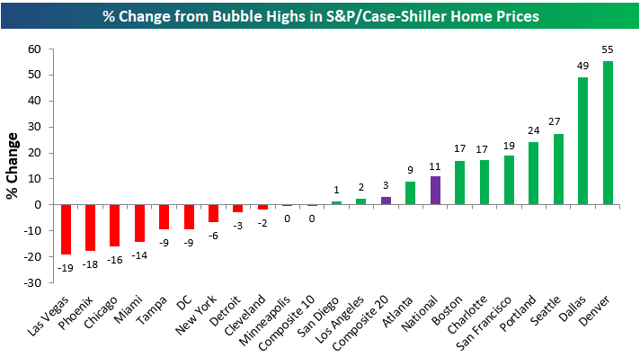 Below we show how much each city has gained from its respective lows made during the housing crash that followed the bubble. The composite indices are up more than 50% off of their lows, while San Francisco and Las Vegas are up more than 100%. New York ranks at the very bottom of this list with a bounce of just 28% off of its low at this point. 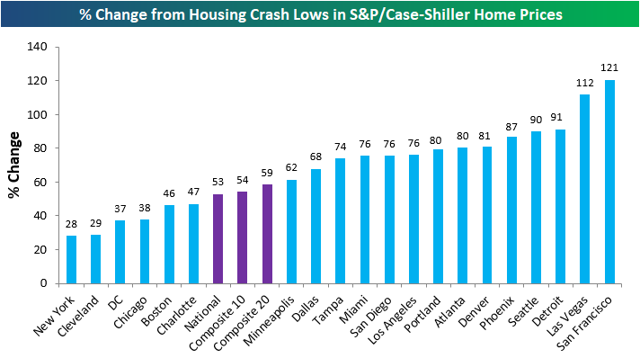 Below we show historical home price charts for each city tracked. Cities shaded in green are ones that have eclipsed their prior housing bubble highs. 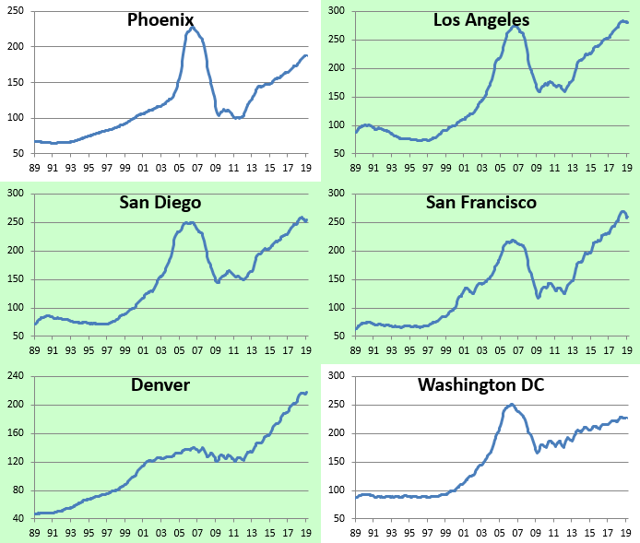 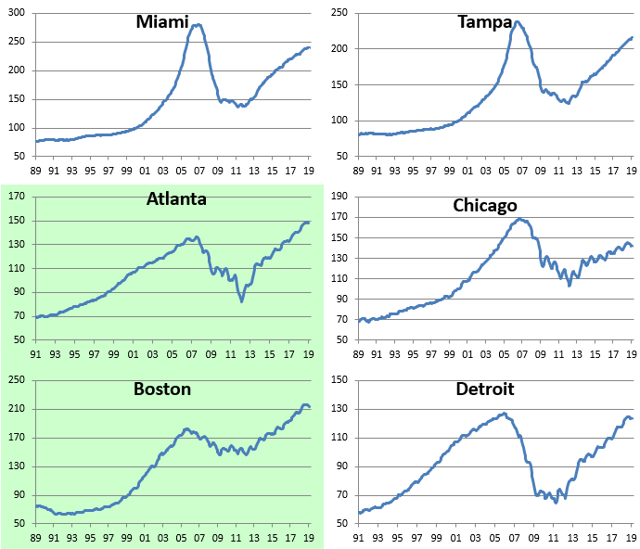 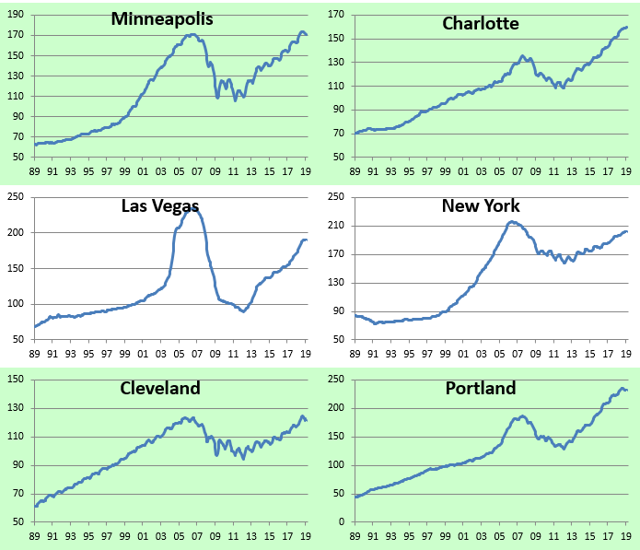 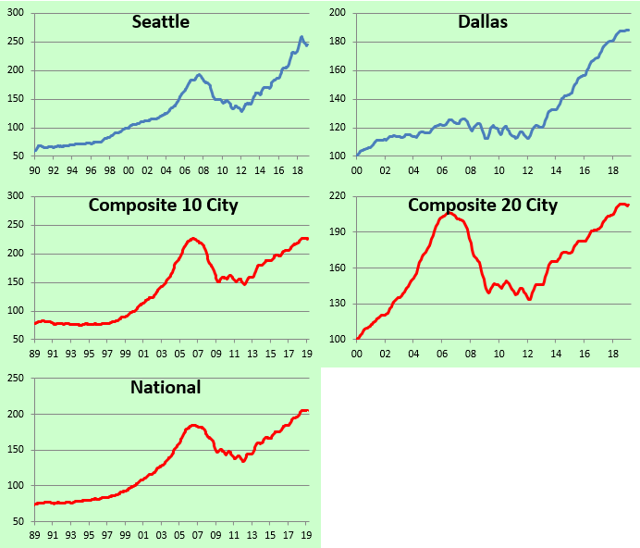